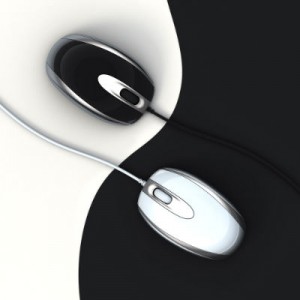 What is White Hat SEO? What is Black Hat SEO?

If you really think about it, doing ANYTHING to try and improve your search engine rankings is breaking the Google “Terms of Service”. White hats do their best to tow Google’s line about content being the only thing that matters while optimizing their client’s websites to the best of their abilities. They may also secure quality NON-PAID links, and assist in creating new, search engine friendly, relevant content.

Black hat SEO isn’t quite as evil and nefarious as it is portrayed by some. Essentially, all the “black hat” methods entail is using techniques intended to exploit an area of the search engine algorithm to improve the rankings of sites they are working on. They’ll often do things that search engines have specifically requested that site owners NOT do. Generally, the problem with it is that when it works, it works very well – until Google catches on and foils their latest method (sometimes penalizing sites involved) and it doesn’t work any more. Until they find their next weak spot. Google takes the stand that black hat SEOs try to “trick” and “fool” the search engines. Yes, if you’re Google, there is none more evil than the black hat. They are a real thorn in Google’s side, constantly forcing them to adapt and rethink how they evaluate web sites. But you’re not Google, so there are far, FAR worse forces than tricky SEOs at work on the internet for you to be scared of!

The confusing part of the white hat/black hat division is that it’s assumed that those on the white hat side will be the most skilled and intelligent SEOs. This is inaccurate. In reality, those on the front lines of the black hat side possess a high level of knowledge about how search engines work, and put a ton of time into research and testing. Just like white hats. Black hats aren’t a bunch of amateurs. To succeed in that area you need a specialized skill set. Yes, many black hat SEO companies are simply copying methods they’ve seen used successfully, and probably don’t know exactly why they’re doing what they’re doing – which is where a lot of the problems lie. 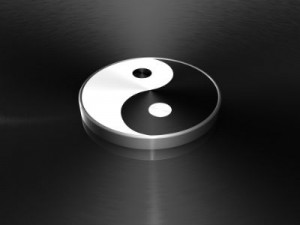 The single difference between them is this: A white hat WILL NOT do anything that could potentially result in a penalty being placed on your site by a search engine. A black hat WILL.

Why would anyone take this risk? Results. There are plenty of site owners willing to gamble on this. A good black hat SEO can take a website from nowhere to front page very, very quickly. The risk is that it may not (and probably won’t) last. If you’re building websites of a disposable, transient nature instead of building a brand, the risks don’t seem all that risky at all.

There’s also talk of Grey Hat SEO, which apparently is what it’s called when white hats use methods they are ethically unsure of. “Legal” techniques that are useful and productive, but that are also often used to excess by black hats. “Grey Hat” sounds more like a personal, moral conundrum than a method of getting websites search traffic. If you’re not an SEO, you probably don’t need to ponder that.

...The DIRECT HITS team has been so helpful in getting my website the exposure on search engines that it needs in my competitive market. They re-built my site very inexpensively and got it on top of search engines as promised..."